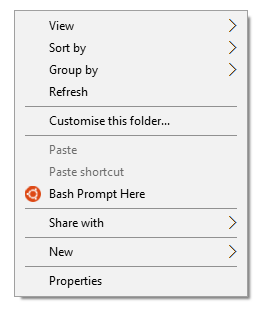 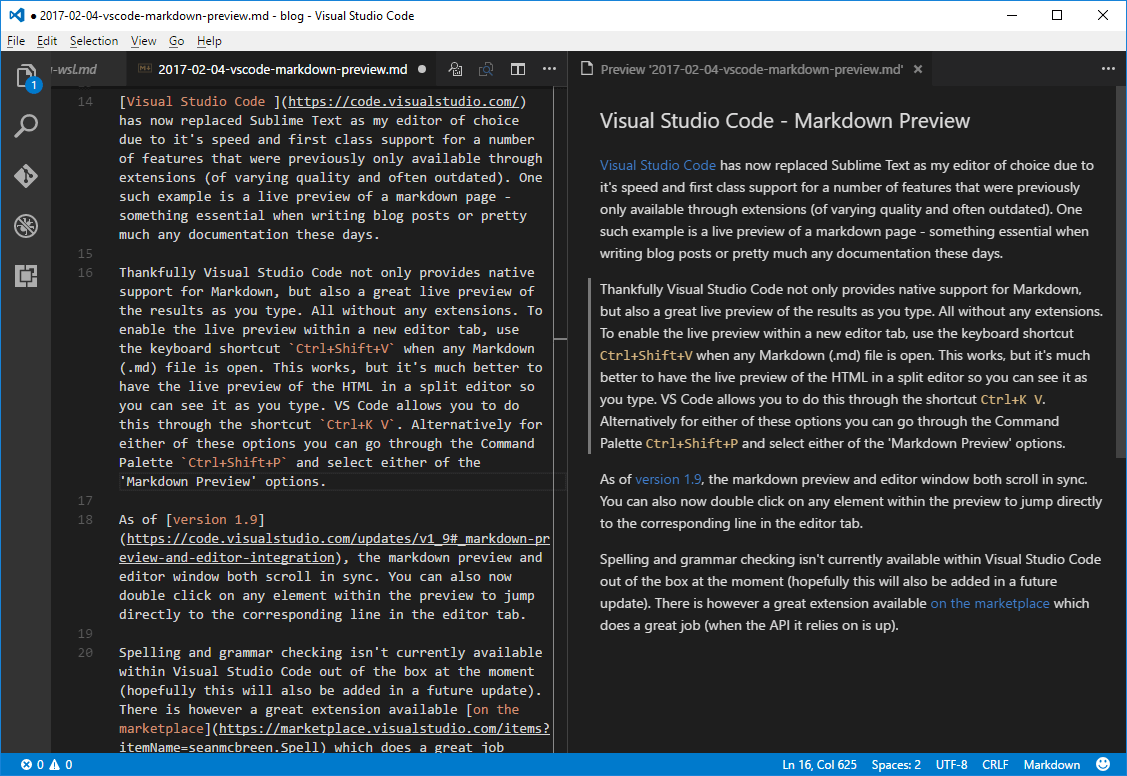 Due to the fact that you should never change Linux files using Windows apps and tools when running the WSL, I find myself during the vast majority of work in my Windows documents area and then accessing them directly via Bash.

Your Windows drives are accessible via /mnt using the same drive letters as found in Windows explorer - e.g to access your Windows Documents area via Bash you can cd to:

This works just fine, but it’s a bit long winded when most of your frequently accessed files are located there (plus it looks ugly having such a long path in your prompt all the time). Thankfully, the process gets much simpler through the use of symlinks. Using the following command you can create a symlink pointing directly to your Windows Documents folder:

You can then just do a quick cd ~/docs and end up right in your Windows home directory. The great part is that your prompt will also just show ~/docs instead of the full path via /mnt. I have a number of these symlinks set up, pointing to various places in my Windows drive, and they make the whole experience when using Bash much more fluid.