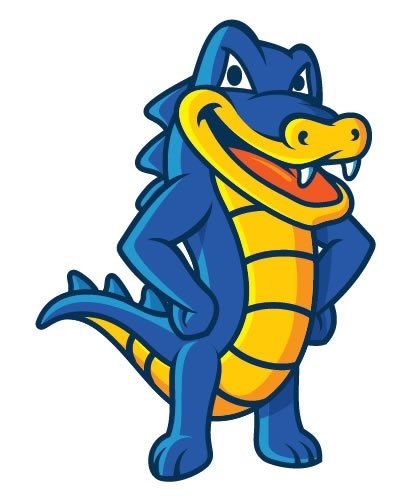 I had the hosting throughout the bulk of University which was fine at first, but as your knowledge increases (particularly after placement), you start wanting to try out different things. It became clear that shared hosting simply wouldn’t cut it anymore. I needed root ssh access and some more powerful hardware to play around with.

I planned to switch to a VPS when the existing plan ended, but it crept up on me and I was blissfully unaware when it eneded and I was completely unprepared. So I switched over from a two year plan to rolling monthly to get me through the search for a new host. I would have just ended immediately and have the site down for a few months, but I still needed access to my domain email. That’s where hosting companies really sting you - $9/mo when you are on a rolling monthly plan vs. one/two years. Again I can see why they do this, but still that’s pretty unbelievable pricing for shared hosting.

And so started the search for a new VPS plan. I first started at Hostgator, but man are those expensive. The cheapest is $12/mo and you get 0.5 cores (seriously), 512MB of memory and 25GB’s of disk space. To get anything half decent you have to fork out $50/mo - and that’s just 2 cores, 2GB’s of memory and 120GB’s of disk space, so hardly ground-breaking. It should be said however that this is more managed hosting with 24/7 support, which of course is included in the price. For me however, I didn’t want to fork out for support I probably wouldn’t ever use.

I will write another post on the hosting I eventually settled on, but it did however unfortunately mean an end to my days with Hostgator. The process of cancelling your account is pretty easy - just have to create a ticket and state why you are leaving. I told them how I was looking to upgrade to a VPS and that I thought they were too expensive compared to similar solutions on the market. I waited a couple days for them to get back to me, probably give me some kind of discount on their VPS’s to try and keep me as a customer and that would be that. Strangely enough I was offered the same original 20% discount on shared hosting packages - exactly what I was trying to get away from. I think their custom retention department needs a little work. After I obviously refused their offer, it took another week and a half for my plan to actually get cancelled. Not a massive problem for me as I wasn’t paying for anything at this point, but getting to the point where I would have to start following up on it myself.

To be clear, this isn’t in any way a bash on Hostgator. I had no problems with them through 4 years of hosting and I still think the pricing for shared hosting is reasonable (as long as you pick at least the 2 year option, which of course might not be for some people). I’m not sure what other companies offer these days in terms of shared hosting but I doubt you could do much better. It’s a lot more work now with no cPanel, but still a really useful experience in setting up and securing a Unix environment from scratch. I would recommend it to any developer and you don’t even need a fully fledged VPS or dedicated server - you can just spin up an environment at DigitalOcean for an hour or two and then pull it down as needed.