If you have a Kotlin/Java project of any reasonable size, you probably want some kind of CI (Continuous Integration) process running alongside the main development workflow. Commonly this takes the form of something like:

Previously, the most widespread tool for this is is probably TravisCI (which is free for open source usage). Now however, there is an alternative that’s built into Github itself - Github Actions. You can think of it as pretty much the same as other CI tools out there, but you get the added benefit of full integration with Github, so now everything can be in the same place!

Creating a a Gradle Build Action

Your repository should have a new tab called Actions which is your new portal for anything CI related. Once you click on the tab you will be able to create your first Action. By default, Github will suggest some common workflows relevant to your project (e.g if it’s a Node project run npm run build and npm test). These take the form of open source packages hosted within other repositories, but you can of course create your own custom actions taking the best bits from each.

Actions take the form of simple .yml files which describes the workflow and steps to execute. In our case, we want to build and test our Kotlin or Java project. This example will use Gradle, but Maven will also work just as well. The below configuration is all we need to build our repo:

Thankfully the YAML markup is pretty readable. In the above action we perform the following steps:

That’s it to run a simple Gradle build for our Kotlin or Java project. Github will instruct you to commit the .yml file into the .gitub/workflows directory in the root of your repo so that it can be picked up properly. 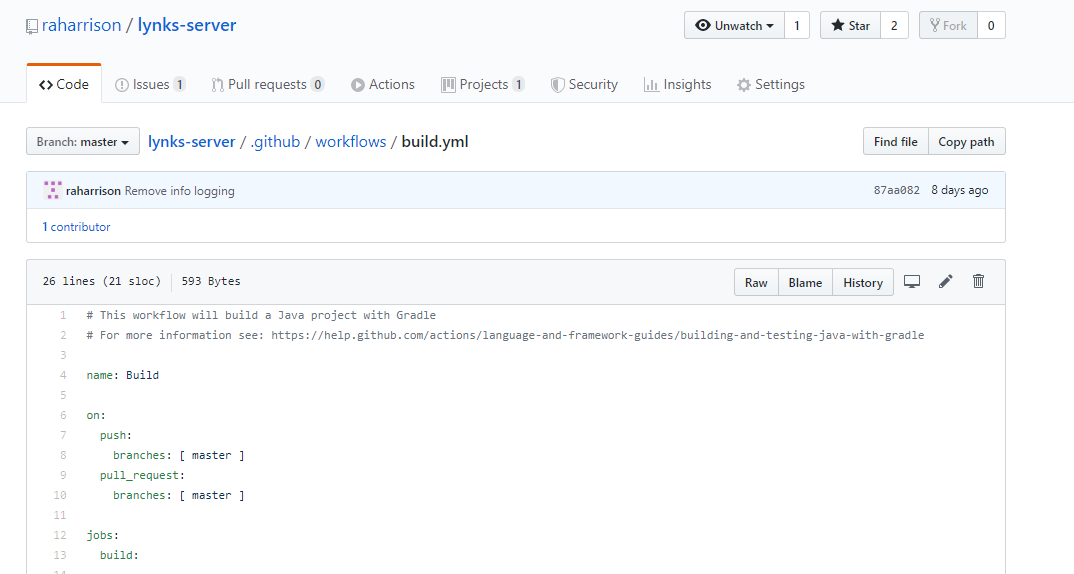 Because we just set up our Action to be run automatically on any PR or push to master, there is nothing else we need to do to start utilising our new continuous integration process. In the Actions tab you will see all builds of your project alongside all log output. You will get notified in the event that your build process fails by email. 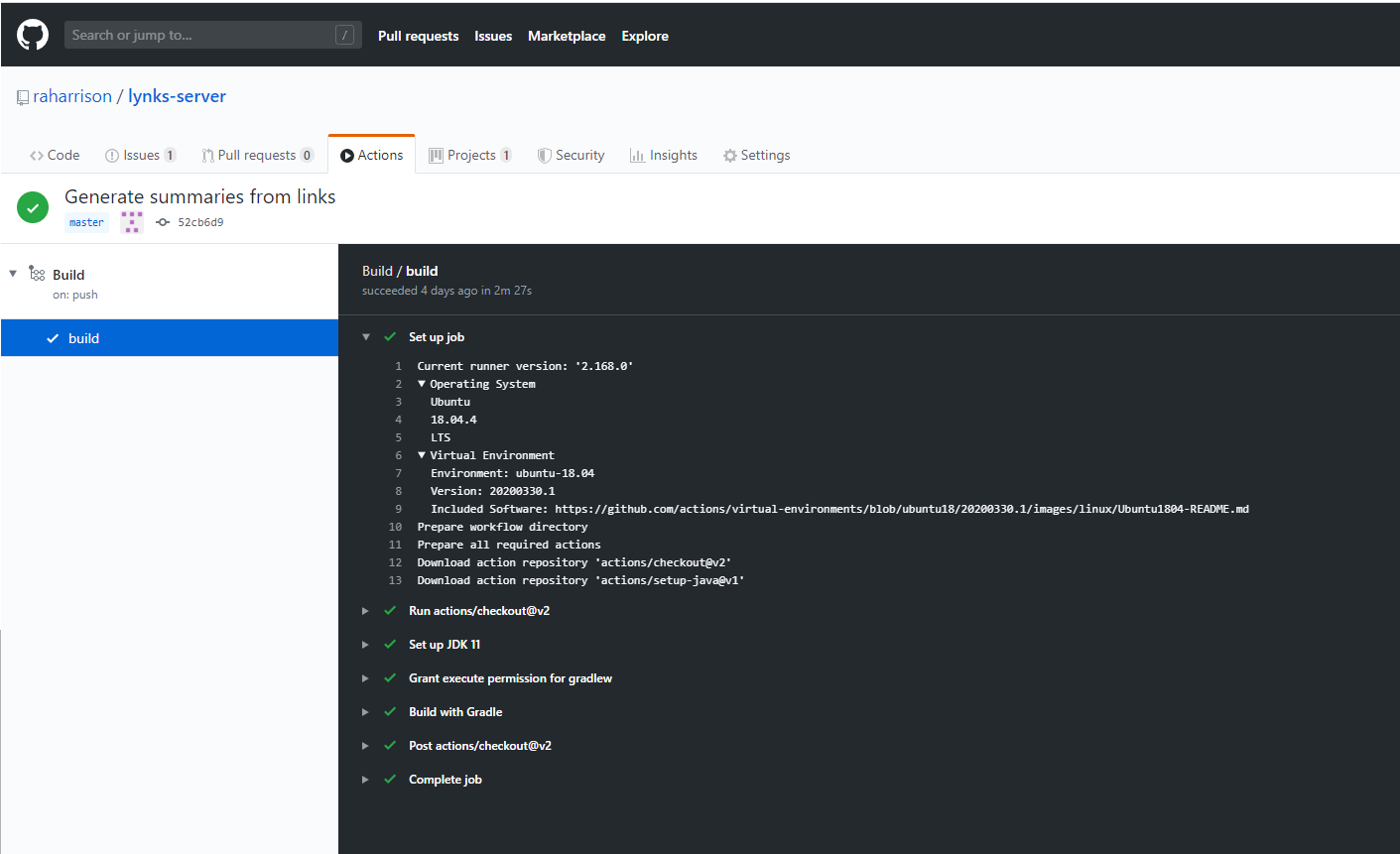 If you run the above Action you will probably notice that it takes some time to execute. This is because it has to go out and download all of your JAR dependencies every time it runs. To speed this up, you can use a caching mechanism. After your workflow is executed successfully, the local Gradle package cache will be stored in Github to allow it to be restored on other subsequent runs.

This just touches the surface of what you can do with Github Actions (it is a CI solution after all), focusing specifically on Kotlin or Java projects using Gradle. There are of course an ever increasing number of other supported languages/tools being added (Node, Python, Go, .NET, Ruby), alongside a number of other nice use cases integrating into other aspects of Github:

See the below links for more info and how to find some of the more popular packages created by the community. There is probably already something covering your use case: